I finished watching Cube for the first time in twenty years or so.

The short version: Strangers wake up in a collection of interconnected cubes. Some of the rooms have secret traps and will kill you when you pass through. Nobody knows why or how they ended up here, or how to get out.

Things I really liked about Cube:

Cube has big “corporate Lovecraftian” vibes, in terms of this big huge cube-construct that exists because it can, like the brainchild of Azathoth in bureaucratic form. Ligotti, eat your heart out.

END_OF_DOCUMENT_TOKEN_TO_BE_REPLACED

Author’s summary: No TARDIS, no screwdriver, and no memory — on the plus side, an owl and a wand! May or may not be AU. “It’s all in the mind, you know.”

END_OF_DOCUMENT_TOKEN_TO_BE_REPLACED

I have a series of AU Tom Riddle fanfics on Archive of Our Own, and I used to maintain a collection of AU Tom Riddles by other authors in the description. AO3 reduced the character limit at some point, so not only can I not add stories, I can’t even edit the description now without having to remove some. Because some of the stories in my list aren’t on AO3, I’m just going to move the list over here and link to it. END_OF_DOCUMENT_TOKEN_TO_BE_REPLACED

I occasionally give a colored ‘special star’ rating for reasons of artistic merit unrelated to my enjoyment.

Beware of spoilers in trailers.

END_OF_DOCUMENT_TOKEN_TO_BE_REPLACED

In the Shadow of Chernobyl, Dr. Victoria Cox is told, “a little vodka keeps away the radiation.” Don’t look for blood and gore or fast-paced thrills here, but rather a steady doling-out of Slavic mythology. Soviet history, and nuclear folklore. Even a Japanese cult gets a fleeting mention, among other name drops, and together they move slowly but inexorably, like crawling chaos, toward a divine and terrifying experience.

END_OF_DOCUMENT_TOKEN_TO_BE_REPLACED 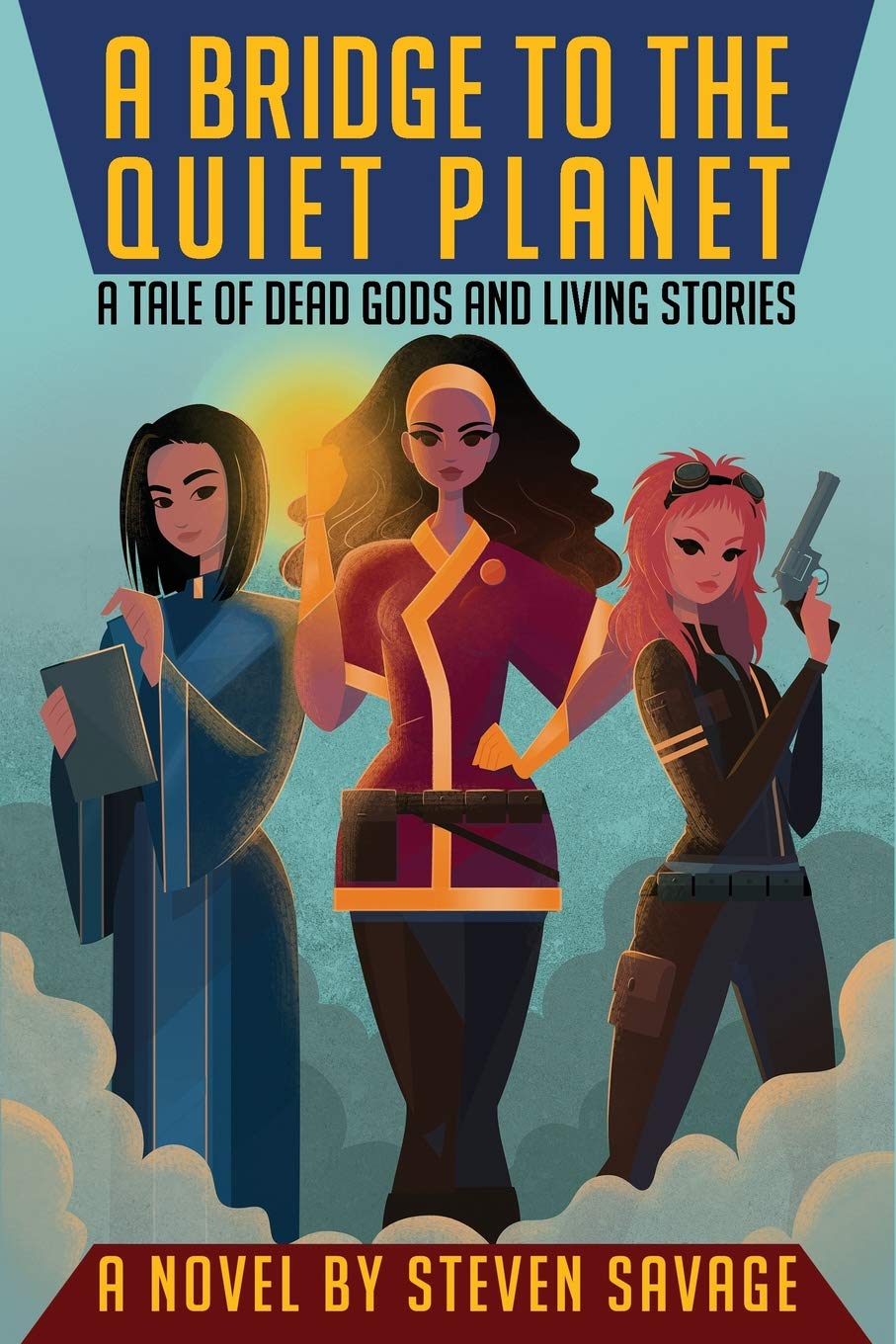 A Bridge to the Quiet Planet is a science fantasy novel about a pair of wizards who have been hired to take a wealthy passenger and his dangerous cargo on a one-way trip to another world, a planet-sized graveyard for dead gods. The setting is an interesting portrayal of a Classic Fantasy World that’s gotten out of the Middle Ages and through its Industrial Age, and is now sitting nice and comfy in the Space Age.
END_OF_DOCUMENT_TOKEN_TO_BE_REPLACED

“They’re Made Out of Meat”, by Terry Bisson, is a 1991 science fiction story about first contact with a truly alien civilization. If you haven’t read it already, then check it out here. It’ll take just two or three minutes.

Because it’s limited to a dialogue between two characters, “They’re Made Out of Meat” has gotten numerous film and audio adaptations (like this Studio 360 version). This post compiles every single film adaptation, from “the film student one” to “the one that’s in Russian” to “the one that hurts your ears and should not be listened to.” If you know of any others, please let me know so that I can add them.

They’re Made Out of Meat, by Alexander S. Peak.

END_OF_DOCUMENT_TOKEN_TO_BE_REPLACED

It’s best to go into this story cold if you can, but I’ll give you the situation as our protagonists initially understand it: Grace Field House is home to 38 orphans, including our eleven-year-old protagonist, Emma. Their caretaker is kind and loves them, the estate is full of trees and flowers, and they want for nothing. It’s a good life, even accounting for peculiarities like the daily exams, the high stone wall that surrounds Grace Field, and the identification numbers on their necks… END_OF_DOCUMENT_TOKEN_TO_BE_REPLACED

In the Mormon temple ceremony, Satan is explicitly linked to capitalism, and money is the means by which Satan “rules with blood and horror.” Jonathan Hickman is not a Mormon and Mammon is more an ancient god than a Christian demon, but the underlying theme remains: black magic requires human sacrifice, and capitalism with all its excesses is the means by which this is carried out in the modern day, with the occasional detour into sacrifices of the more conventional kind (early in the first issue, we find out that the bankers and brokers who supposedly committed jumped out of windows during the Wall Street Crash of 1929 did not commit suicide, but were thrown out to keep the magical consequences of the crash from hitting the people at the very top). END_OF_DOCUMENT_TOKEN_TO_BE_REPLACED